Usually such eccentricities are reserved for the very rich and clinically insane, but If you’ll push him  or pretend to be interested long enough, The Extended Play a/k/a Franklin Hanyak will let you in on a little secret.

Not only is Their Satanic Majesties’ Request Hanyak’s favorite Rolling Stone album, it just may be his favorite album EVER!

“It’s got a very autumnal feel to it, so that’s probably why it resonates with me,” says Hanyak, who admits the 10 song album which critics lambasted as a “cosmic joke” and “lukewarm Sgt. Pepper without the smarts” is not for everyone.

“I had a real good friend, shove me after I insisted he give it a chance.  For me ‘Gomper’ could go on another three minutes before I’d fade it out.”

And if you really win Hanyak’s confidence, he’ll show you his Satanic Majesties memorabilia. None of this stuff comes cheap, and remember, he’s a drummer who will eat ramen every day of his life to purchase anything a trifle Satanic that arises. The giant 24-inch lenticular reproduction of the cover used in record store displays. An original set of bricks from the original Artchie Studios where the original cover was shot in 1967, polaroid peels and orange feathers from the original shoot, photo outtakes, hours of unheard studio outtakes, a hat tried on but not used by Bill Wyman. You name it. He’s paid for it. Dearly. 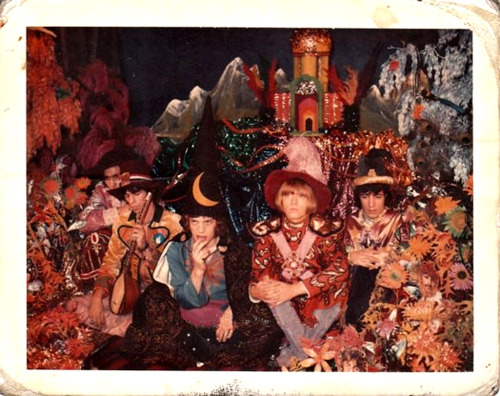 As you traipse through the musician sqaulor of his New England apartment, he will lead you into the Majesties Room, where he has recreated as much of the album cover as the nearby Michael’s Crafts store can supply him with.
“Saturn had to be taken down for repairs,” he apologizes. He delights in showing you where the Beatles faces are hidden in the psychedelic shrubbery. “When people see the big orb of Jupiter or hear the millionth play of “Sing This All Together,”  that’s when you really know who your friends are.”

Oddly enough, nothing on his recent track “Brite and Sunny Future” reflects none of this musical influence. It’s about as psychedelic as a wooden toothpick but that’s just the way The Extended Play likes it. “I try to keep my fascination for Rolling Stones trying to be Hawkwind out of my music.” 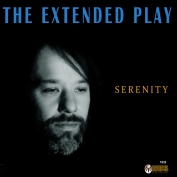 To download  or stream “Brite and Sunny Future,” “Serenity” and  other great free music, visit onusrecords.bandcamp.com