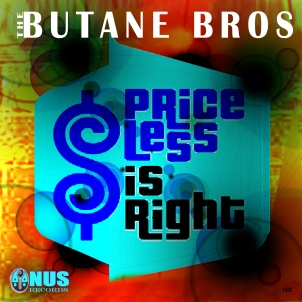 Born twin enfants terribles, Mit and Mod Butane did everything competitively. They played sports competitively against one another. They went after the same women, including losing their collective virginity to the same ambidextrous camp counselor (each claiming they were the first to lose it). And they both went to jail after a misunderstanding preceding a drinking contest where each thought that the loser was that evening’s designated driver. Both pleaded for mercy in the same monotonous harangue. As anyone there would tell you, it was awful. But that was when they first realized they could harmonize.

“Prior to that,” says Mit, “we were always trying to outdo each other, but once we were both fitted for orange jumpsuits, the only time we dress alike up to that point, we found that nothing was more self defeating than two people who look exactly alike plotting against one another.”

Despite the newfound cooperation, competitiveness between Mit and Mod is still in full play, as you can see by each brother’s  reluctance to let one brother sing more than four syllables without the other chiming in defensively. And the lack of Butane songwriting credits could be indicative of Mit and Mod’s inability to let the other brother get the first song.  To date, The Butane Brothers have only released a David Bowie cover (“Breaking Glass”) and now here is a cover song of New York based band The Holiday Slides which featured a once teenaged Serene Dominic.

The song has an interesting history. “Priceless is Right” is the final track on the Holiday Slides debut recording “Can You Count the Brunettes?” which was released on cassette only in 1987. To commemorate the 25 anniversary of its release, Serene Dominic re-recorded the entire album over again and released it on Related Records again on cassette only (those who bought the digital version also got a download of the original 1987 version as well).

Not that the Brothers are paying homage to anyone in any way. “We’re not a covers band at all,” insists Mod. “It just so happens we were at loggerheads about what to cut and we were running out of studio time. Our producer Don Glasser basically bullied us into recording it. Something about not having to pay Serene Dominic anything. It was all very hush hush.” 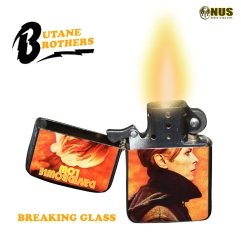 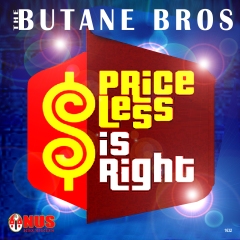 To download  or stream “Priceless is Right” and “Breaking Glass”  as well as other great free music, visit onusrecords.bandcamp.com