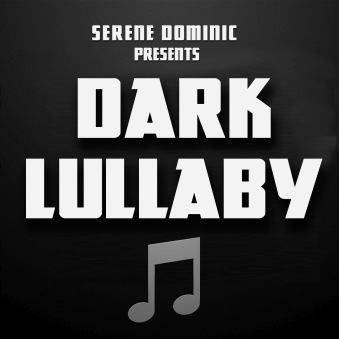 Onus Records invites you to follow along all during the month of February as Serene Dominic writes a brand new album from scratch  in 29 days for the RPM Challenge, the seventh time he’s undertaken this arduous task. It’s called “Dark Lullaby” and it will comprise the score for his next musical of the same name. The very first RPM Challenge he did in 2010 resulted in “Unnatural Blonde,” which became the music for his first musical, “A Swimming in the Head” which will be performed once again on April 2& 3 at the Firehouse Gallery in Phoenix, AZ.

“Dark Lullaby” is loosely based on one of Serene’s favorite noir films, a 1945 movie called Detour starring Tom Neal and Ann Savage. Although the book to the musical hasn’t been fully written, these are the prospective songs he hopes to work in to move the story along.

So far Serene has six songs near completed plus two songs from his back catalog he’s adding but as per the rules of the RPM Challenge, he must come up with 10 new songs. One song, “All That Gorgeous Going to Waste” is already uploaded as the next Single of the Weekend.